Magic of the Celtic Gods & Goddesses by McColman & Hinds

Celtic gods and goddesses are among the most popular of deities revered by today’s Neo-Pagans, Witches, Wiccans, and Druids. Figures like Brigid, Cernunnos, Rhiannon, and CuChulainn are honored for their magic, their bravery, and their mythical deeds. Among Pagans, the gods and goddesses of Gaul, Ireland, Wales, and the other Celtic lands rank with the Greek, Roman, Norse, and Egyptian pantheons as the most popular and influential deities in the Neo-Pagan movement. 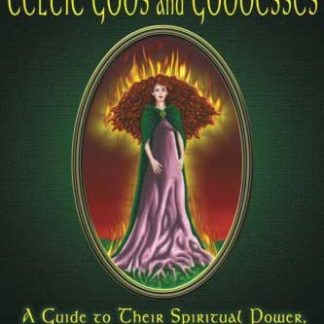 You're viewing: Magic of the Celtic Gods & Goddesses by McColman & Hinds $16.99
Add to cart