The Enochian Evocation of Dr. John Dee is the translation of the original material received from direct Angelic contact.

Based on the transcriptions of Dr. John Dee, the famous Elizabethan scientist and magus, The Enochian Evocation of Dr. John Dee is the translation of the original material received from direct Angelic contact. In 1852 Dee and his partner Edward Kelly, while gazing into a crystal stone, began to see and hear angels. These beings desired to re-establish the true art of magic, which had been lost due to man’s wickedness and ignorance. The true magical art, these beings claimed, would bestow superhuman powers upon its practitioners, change the political structure of Europe, and herald the coming of the Apocalypse. Dee believed this research would greatly benefit mankind and documented all of the channeled information into a series of manuscripts and workbooks. Author Geoffrey James presents here the direct translation of the core of the channeled material itself, framed in a historical context, with authority and integrity. 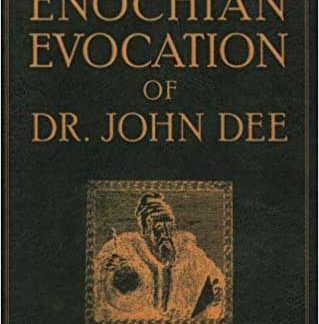