The Druid Magic Handbook is the first manual of magical practice in Druidry, one of the fastest growing branches of the Pagan movement.

The first and only Druidic book of spells, rituals, and practice. The Druid Magic Handbook is the first manual of magical practice in Druidry, one of the fastest growing branches of the Pagan movement. The book breaks new ground, teaching Druids how to practice ritual magic for practical and spiritual goals within their own tradition. What sets The Druid Magic Handbook apart is that it does not require the reader to use a particular pantheon or set of symbols. Although it presents one drawn from Welsh Druid tradition, it also shows the reader how to adapt rites and other practices to fit the deities and symbols most meaningful to them. This cutting edge system of ritual magic can be used by Druids, Pagans, Christians, and Thelemites alike!

* The first manual of Druidic magical practice ever, replete with spell work and rituals.
* John Michael Greer is a highly respected authority on all aspects of Paganism.

As with almost all of the books about Druidry, the author is projecting his own ideas about what Druidism is about. The Druids of old left no written records. Their’s was an oral tradition, and when the last ancient Druid stopped breathing, the true tradition and belief system of the Druids was lost forever. Today we have only the archaeological record, and the writings of their enemies to draw from, so our Druidry is, at best, educated guesses.

So, this book is as good as any. YMMV. 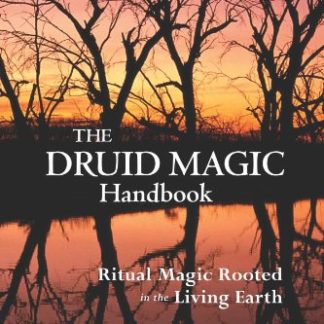